The prison where the story started 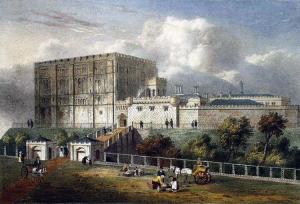 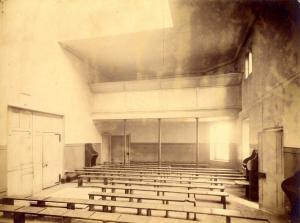 Susannah Holmes was incarcerated at Norwich Castle gaol for three and a half years. It was in this  squalid setting that she met and fell in love with Henry Kable. It was here, too, that she gave birth to a son, Henry Junior.

Committed to the Castle in November 1783, she was condemned to hang and then reprieved the following Spring. She remained there until she was sent under guard to Plymouth in 1786 to await transportation.

It is worth remembering that the idea of a judge or Justices of the Peace sending  someone to prison as a punishment was still many years ahead. Prisons were used to hold offenders such as Susannah awaiting trial or sentence. Susannah was sentenced to transportation. More common punishments were whippings, brandings, the stocks and the pillory.

Norwich Castle was used to house prisoners from the county of Norfolk. Both Susannah and Henry were  sentenced at Thetford Assizes thirty miles away. Offenders whose crimes were committed in the city were held at the city gaol which at this time was opposite the Guildhall Courts in Gaol Hill,Norwich.

Both were grim.The Castle had been a prison since the early 1300s and remained in continuous use until 1887 when a new prison was built on the outskirts of Norwich and is still on the same site today.

While Susannah and Henry were in the Castle conditions  had become so bad that  reformers had started to campaign for improvements. Soon after the young couple set out on their epic one-way voyage, the prison was rebuilt. For the first time debtors, criminals, remand prisoners and women were  kept separate. How different the story may have been if those improvements had happened before Suzanne and Henry had arrived.

The new prison cost £11,047, 5 shillings and 10 pence. It lasted barely 30 years before being rebuilt once more. By then on the other side of the world Henry and Susannah Kable had become prosperous pillars of New South Wales society.

How ironic perhaps that along the way Henry had managed convict gangs, helped run the local prison and  become the first Chief Constable of the colony. Not bad for a young man once sentenced to hang on the scaffold outside Nowich Castle.